In Part 1 of this article we looked at a basic understanding of consciousness. In Part 2 we will talk about the term separation as it relates to being in a state of separation consciousness.

We can begin with the obvious. Separation is about “apartness”. It is about duality. 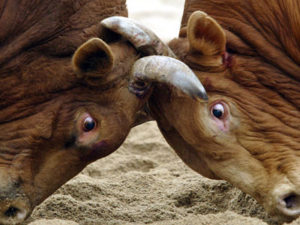 Separation consciousness leads us to battle over opposing viewpoints of reality and truth.

What is duality? Duality is a view of polarization or opposites. It is a view of reality that would indicate to our consciousness (see Part 1) that there are two things instead of one before us. There is black and there is white, there is right and there is wrong, there is good and there is bad. More important to an understanding of duality based views is that they also energetically imprint a judgement upon the two things.

Duality creates opposing views that would indicate that this thing is preferable or better than that, or in an extreme case, this view is mandatory as truth. As a result of this rigid point of view, the belief must be held to ferociously, and all else must be discarded as false, insane, undesirable or even evil. One who is locked into an extremist view with a dualistic idea may even kill to uphold the truth as unshakable and immovable and make certain others must adhere to it as a way to control his or her reality as valid. You can examine your own political views and think about how “wrong” and even “immoral” you believe the “other side” is to see this principle at work.

You might argue and say I am not the same as that tree over there. We are different. But then you would be confusing differentiation with separation. Differentiation is understanding the organizing principle and purpose of any given life form. Separation would be your belief that you were alive in a purposeful way that was superior to the tree’s organizing principles, aliveness and purpose and therefore have a right to interfere with or terminate that purpose as you wish.

In contrast, the Lakota phrase “Mitakuye Oyasin”. reflects the world view of interconnectedness, or unity. The phrase translates in English as “all my relatives,” “we are all related,” or “all my relations” and its use is extended to include the great circle of life beyond the human realm of experience.

To help us understand more clearly, it helps to discuss unity consciousness and how this perception of reality is very different. We will do this in Part 3.

PLEASE NOTE: Universal ©Copyright is authorized here. Please distribute freely as long as the website www.pathofwholing.com is included as the resource and this information is distributed on a non-commercial no charge basis